A Lincolnshire hotel has taken its next steps in the journey to becoming the UK’s first net-zero hotel.

As well as being a local treasure for the past 22 years, the Bacchus Hotel in Sutton-on-Sea aims to be the first holiday accommodation to remove as many emissions as it produces and do its part in the fight against global warming.

Three years ago, owner David Smith found himself becoming more concerned by climate change and how it might affect his local community. He was also becoming more aware of Government legislation, such as increasing tariffs on CO2 emissions and the digitisation of the electricity network, and wanted to make sure his business was ahead of the game when it came to going green.

David said: “The consequences of not doing something to combat climate change are dire.

“By embracing the situation, we’re not only doing our bit to save the planet, but also saving money and future-proofing our business.”

The first step was to add 30kw of solar panels onto the roof and outbuildings of the hotel, the success of which gave David the confidence to explore more eco-friendly options.

The installation of ground-source heat pumps in the garden has since removed the need for gas for central heating, and last year, David added another 40kw of solar panels, as well as a new battery storage system. The system collects energy from sunlight during the day, allowing the hotel to run on the stored energy overnight. Overall, the Bacchus has reduced its gas and electricity consumption by 65% and 60%.

David says: “We need to realise that the world is turning. The power grid systems in Lincolnshire are antiquated and the infrastructure isn’t there, meaning many businesses find it hard to make these changes, or don’t know where to start.

“But there are many benefits of going the extra mile and embracing smart energy. Our heat pump system means we receive Renewable Heat Incentive payments from the Government, and we were the only applicants from North East Lincolnshire to receive funding as part of the Smart Energy UK scheme.

“But most importantly, our systems save a massive 32 tons of CO2 emissions annually, and we are self-sufficient eight months of the year. Plus, with the energy we’re saving elsewhere during summer, we now have the power to supply an array of electric vehicle charge points throughout our car park.

“Although it may seem overwhelming at first, we believe that becoming net-zero is attainable for businesses. We’re proud to be a model for other businesses wanting to fight climate change, and hopefully, we can inspire others to do the same!”

If you’d like to find out more about the Bacchus Hotel and the work they’re doing to combat climate change, visit their website. 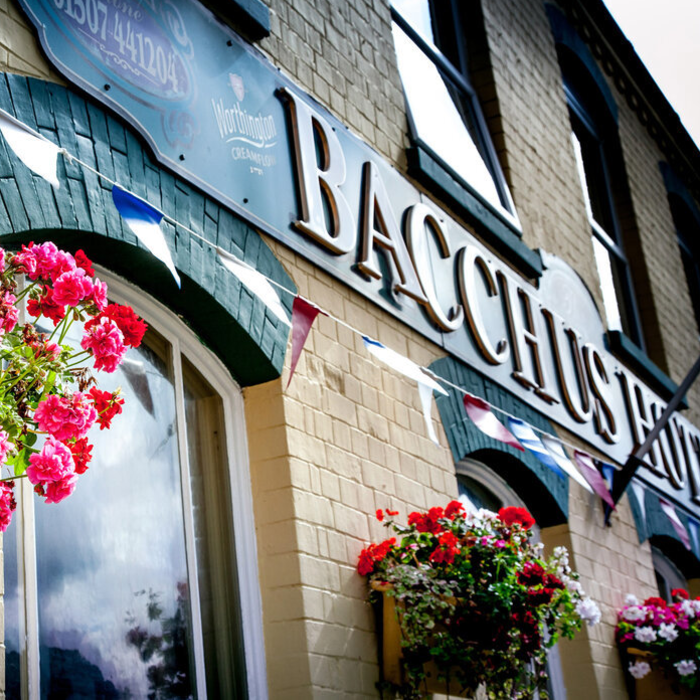